The Clippers has been dubbed “one of the wackiest live acts
in Taiwan”. The banned was conceived by lead singer Hsiao Ying.
While he does not speak the local Taiwanese dialect, his band
nevertheless has a quintessentially Taiwanese feel. The other
members of the band include Wang Li-wei (bass), Criss Kuo (drums)
and Liao Yi-sheng or Chung Cheng Yang (guitar).

To truly appreciate The Clippers, you have to experience their live
performances, which are an ever-changing exploration of local
Taiwanese cultural elements, energized by the grassroots level
of society. Over a thousand performances at venues large and
small have shown audiences that the biggest difference between
The Clippers and other bands is that they elect to use satire and
irony as their weapons, rather than screaming rage.

The Clippers’ “music for the average person” has inspired a wave
of wacky, nonsensical music in Taiwan. On the surface, they
appear to poke fun at all that is senseless in society and everyday
life, but if you scratch beneath the surface you’ll discover a
deeper layer of critical reflection about Taiwanese culture and
society. The rock music that accompanies their performance art
is wildly varied, borrowing from pop, funk, ska, and the simple,
traditional keyboard tunes known as Taiwanese nakashi. 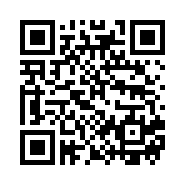